How do cameras work?
Cameras capture images by gathering light from a scene & manipulating it to form an image internally before recording the result. The main components are the camera body, with a lens at the front & some kind of recording medium at the back. You might also have a focussing mechanism for the lens, a shutter & an adjustable aperture to control the amount of light entering the camera & a viewfinder to frame the image accurately.

The camera body in its simplest form is just a box which serves to hold everything together. It's purpose is to keep the lens & recording medium accurately aligned & keep out all non-image forming light, which would otherwise degrade the final image. The size of the body is dictated primarily by the size of the recording medium.

Modern cameras employ a digital sensor as the recording medium, positioned at the back of the camera facing forwards to capture light as it enters the body through the lens. The sensor is made up of millions of light sensitive elements called pixels, arranged in a grid pattern on the front of a chip. Each pixel produces an electrical signal corresponding to the amount of light falling on it, which is then amplified & converted into a digital value, a number between 0 & 255 to represent a range of tones between black (0) & white (255). Each pixel value is then processed by the camera before being stored as a digital file, usually on a memory card.

Traditional analogue cameras use film as the recording medium. Black & white film is made up of a clear flexible plastic base, chemically coated with microscopic light-sensitive crystals suspended in an emulsion. When light coming through the lens hits the crystals, it causes them to darken very slightly, creating a latent image on the surface of the film. The film then needs to go through a chemical process to develop the image & make it visible & permanent. Because the crystals darken as light hits them, they're reversed in tone leaving a negative image on the film. The negative image is then projected onto similarly coated paper to make a print, which reverses the dark & light tones again, leaving a positive image representing the original scene.

The lens on the front of the camera focuses light from the subject onto the recording medium. Modern lenses are made using several individual lens elements, housed in tubes of varying lengths. However, lens elements aren't essential to form an image. All that's required is a simple aperture, a small hole, as demonstrated by a the pinhole camera. 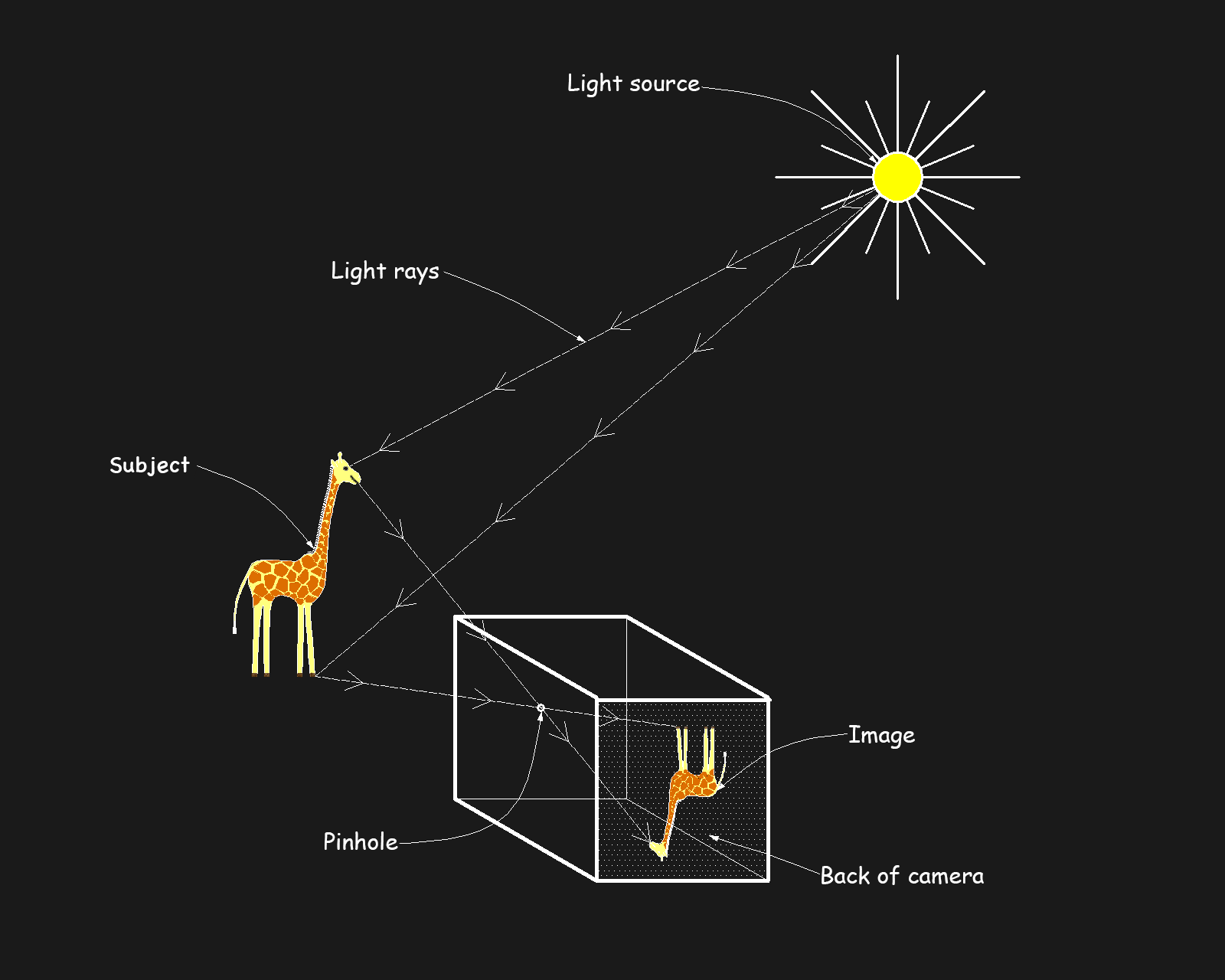 To record the image, the position of the focussing screen is swapped with a recording medium. A shutter is also needed to control the amount of light coming through the pinhole to control the brightness of the image & get the right exposure, although with such a small hole, or aperture, you could just cover it with your finger or black tape, since exposure time is likely to be measured in minutes rather than fractions of a second. 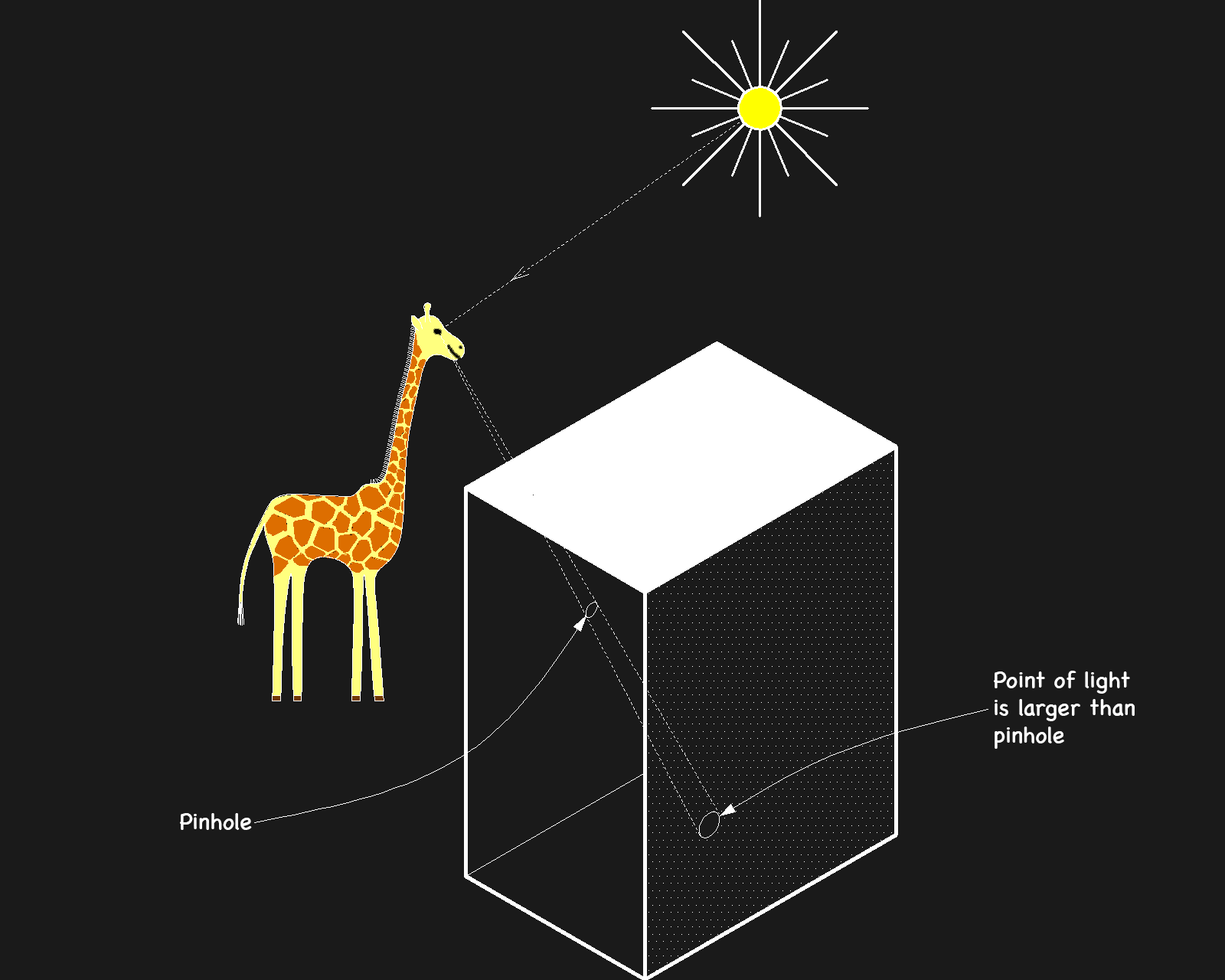 The points of light reaching the back of the camera will always be slightly larger than the pinhole they came through. This is because the rays from the giraffe produce a cone of light coming into the camera, the size of which is controlled by the size of the pinhole. The result of having larger points of light merging to form an image is image softness. This can be countered by making the pinhole smaller, but then it also gets darker & more difficult to see & the already long exposure times need to be increased to record the image. The minimum hole size is also limited by diffraction, as phenomenon where light bends as it passes close to an edge, causing softness again. 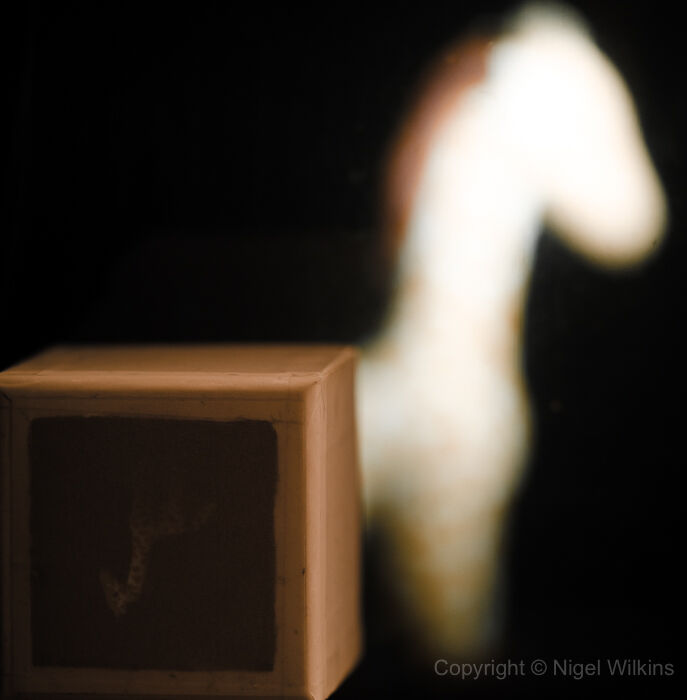 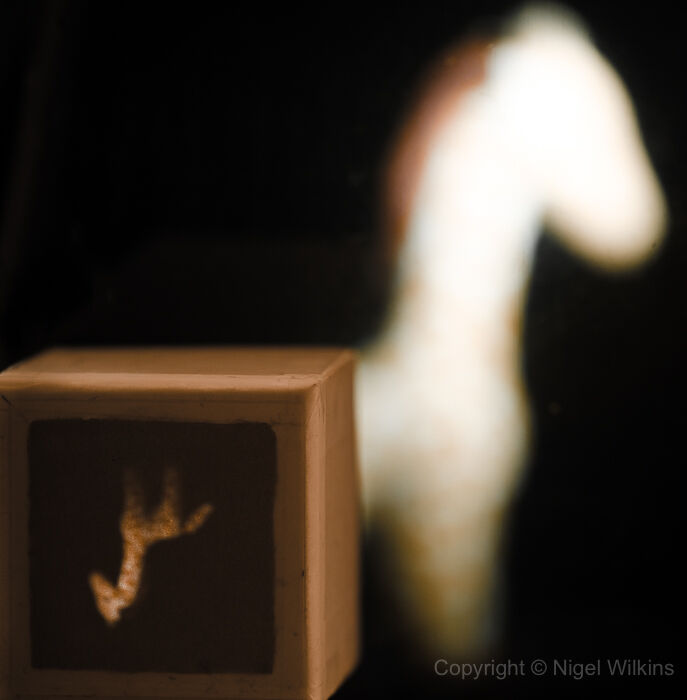 So, in order to make sharper images, we need to make smaller points of light at the back of the camera, whilst avoiding the negative effects of using a smaller hole. This is where lenses come in...


Next - Lenses
Next
Previous